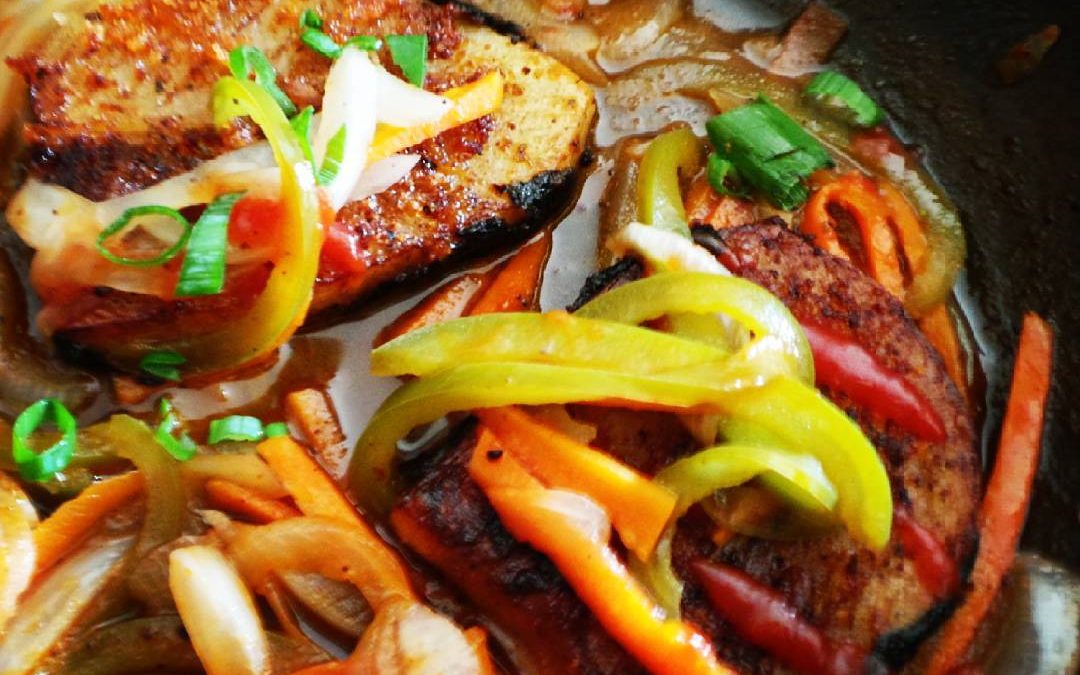 My grandfather was a fisherman in Old Harbour Bay, a small fishing village in Jamaica. My grandmother, in turn, was a fisher-woman, a fish monger if you will. She sold sea fish on the sea shore. (Oh goodness gracious! That was terribly bad, wasn’t it, dahling? It ain’t easy being cheesy, baby.)

Fish was a common part of our diet. It wasn’t unheard of to have fish for breakfast, lunch, dinner, and the occasional snack. My favorite was always fried fish, gently cooked down in a peppery, briny Escovitch. Escovitch is a pickled sauce of onion, bell peppers, carrots and mad hot scotch bonnet or habanero peppers briefly cooked in vinegar with a hint of earthiness from pimento berries (allspice berries).

Done the Jamaican way, Escovitch is not for the faint of heart. I remember when my grandmother would make it, I’d have to leave the kitchen because the spiciness would burn my eyes and make me cough. No worries, dahling, I’ll show you a significantly milder version that still delivers the flavor.

When I became a vegan, it was important to me to extend my compassion not only to non-human land animals, but to sea animals as well. All animals have a will to live, an innate desire to live out their lives as nature intended. This will isn’t just limited to the human animal, and is certainly not limited only to land animals. Fish have their own lives, their own eco-system and their own will to be live freely. I believe, dahling, if even on a sub-conscious level, we recognize that. That is why the movie, Free Willy, resonated so much with a lot of us. Listen to me tell my vegan story, here.

So, fish left my plate and so did Escovitch. Or so I thought. See, the thing about cooking vegan dishes is that it compels us to look at food in a different way. It’s not so much that we are now cooking foreign foods, in most cases we are actually cooking familiar foods but in a new and interesting way. A food that was once relegated to side dish status, can now become the star of the plate. We suddenly realize a vegetable we used to only blanch, can now be roasted or braised. For a delicious example, check out my Jamaican Brown Stew Cauliflower, here.

I got to thinking, if Escovitch is entirely about the pickled vegetables that just happen to be served on fish, what’s preventing me from separating the two? Nothing but my imagination, dahling. But tradition is a powerful tie that binds. I wasn’t ready to abandon the fish escovitch combo altogether, so I figured I’d just make something else fish-like. Enter the humble potato. I decided I needed the russet for its dry fluffiness and mild flavor. With a few knife tricks, I had something that looked like a fish filet. By simply creating a groove in the middle of the sliced potato, I was able to evoke a backbone for my potato filet. Shallow diagonal lines running from the groove in the center almost to the edge of the potato gave the appearance of fish bones.

Thanks to a lovely sauce (I used Gray’s Fish and Meat Sauce, which has neither fish nor meat in it. You can find it on Amazon here, or even get Grace Fish and Meat Sauce, also on Amazon here.) and a bit of nori, I was able to capture the subtle fishiness of the sea, with a crisp “skin” to boot. To drive home the fishiness even more, I seasoned the filet with Ocho Rios Ol’ Harbour Fish Fry Seafood Seasoning, that you can get here. Tada! Escovitch potatoes I was only too happy to eat. Check out the recipe below, then leave a comment at the bottom letting me know what you think. Let’s Cook Together, dahling. 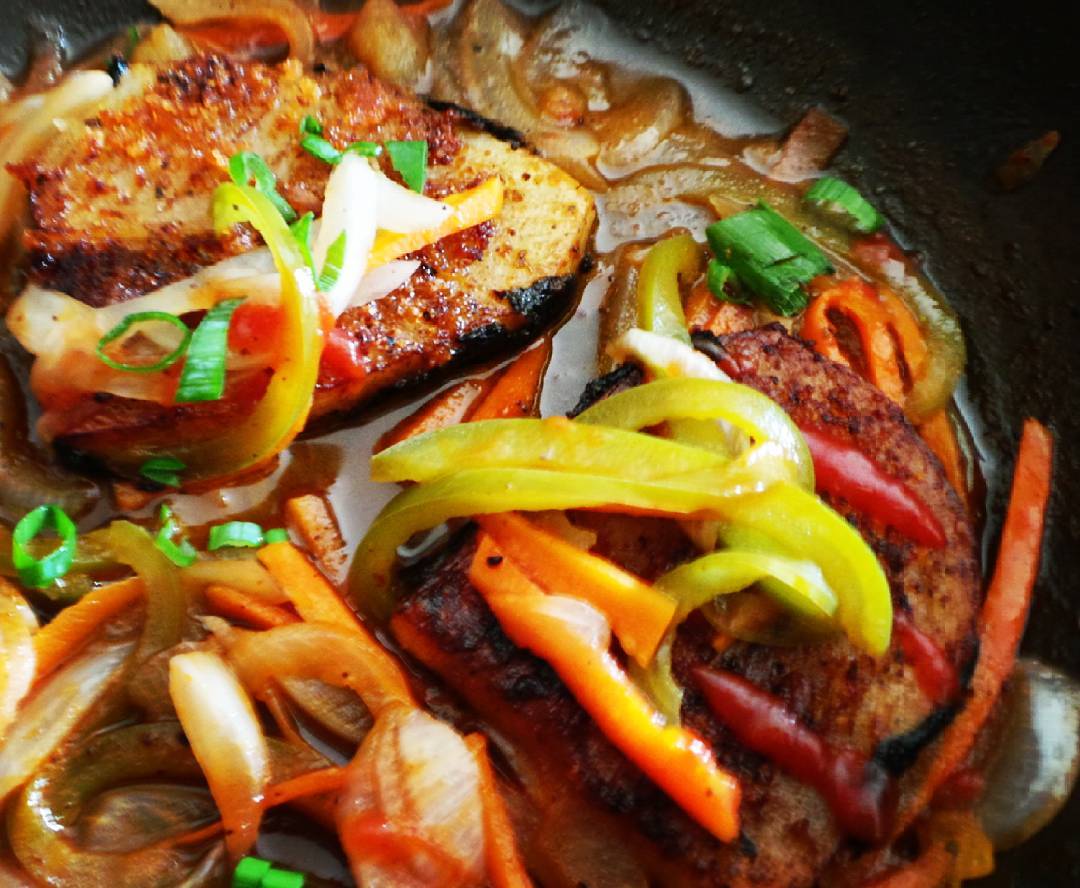