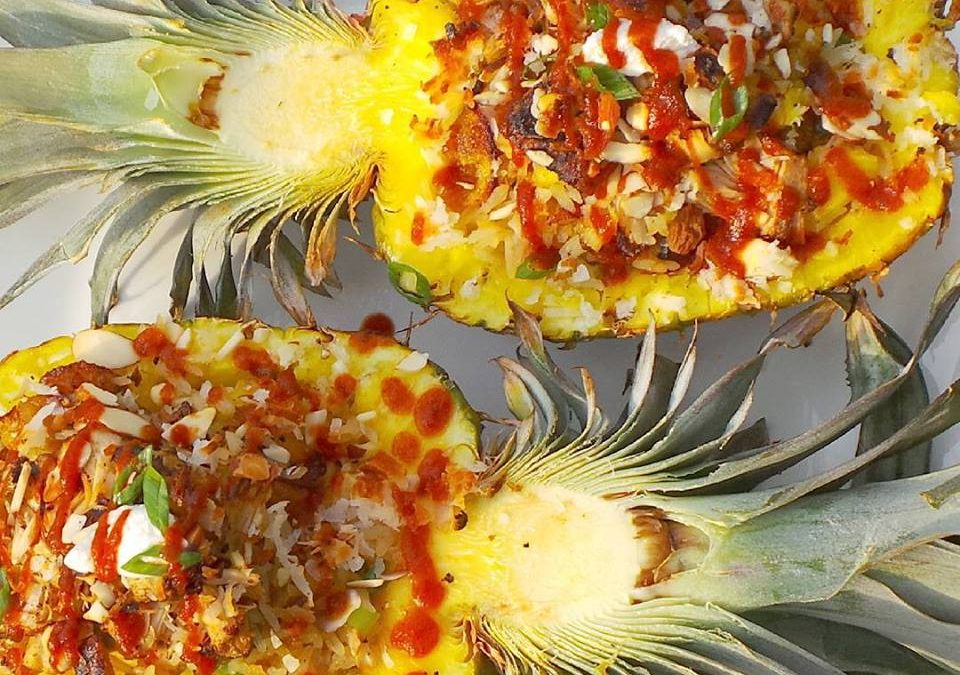 Dahling, this dish is the definition of flavor town! It is a harmonious combination of Middle-Eastern and Caribbean flavors of warm, highly aromatic spices and tropical fruit. The crisp rice and toasted nuts pair well with the soft, juiciness of baked pineapple. Try it! You’ll thank me later.

I wanted to create a very aromatic rice with grains that wouldn’t stick together. The solution came simply. I started with a very fragrant, long grain rice –  Jasmine rice, and added the warm flavors of ginger and coconut. 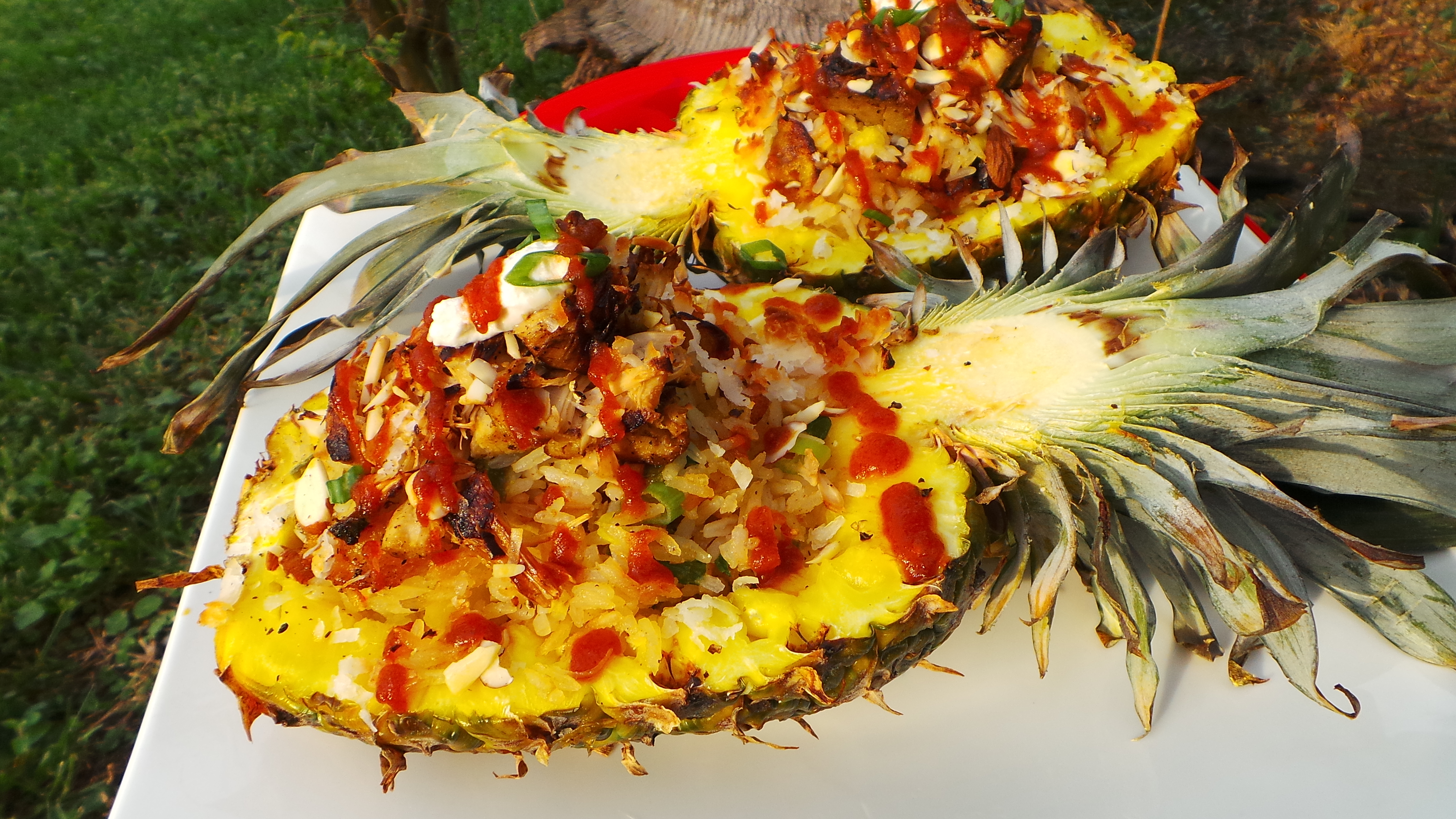 I then prepared the pilaf in a combination of the Turkish and Greek cooking methods. That is, I first toasted the unwashed rice in fat  – the Turkish way – but opted not to finish it uncovered like you would if you were cooking risotto.  Instead, I finished it with the Greek method of absorption – by adding flavorful liquids, covering and allowing the rice to absorb the liquid.

Listen, dahling, whether you want to cook it Turkish, Greek or Martian, you must, must put a clean paper towel or lint-free dish towel between the pot and lid after the rice is finished cooking, allowing it to rest for another 10 minutes. The towel absorbs the steam helping you to create your fluffiest, most separate grains yet! I know; you’re welcome. 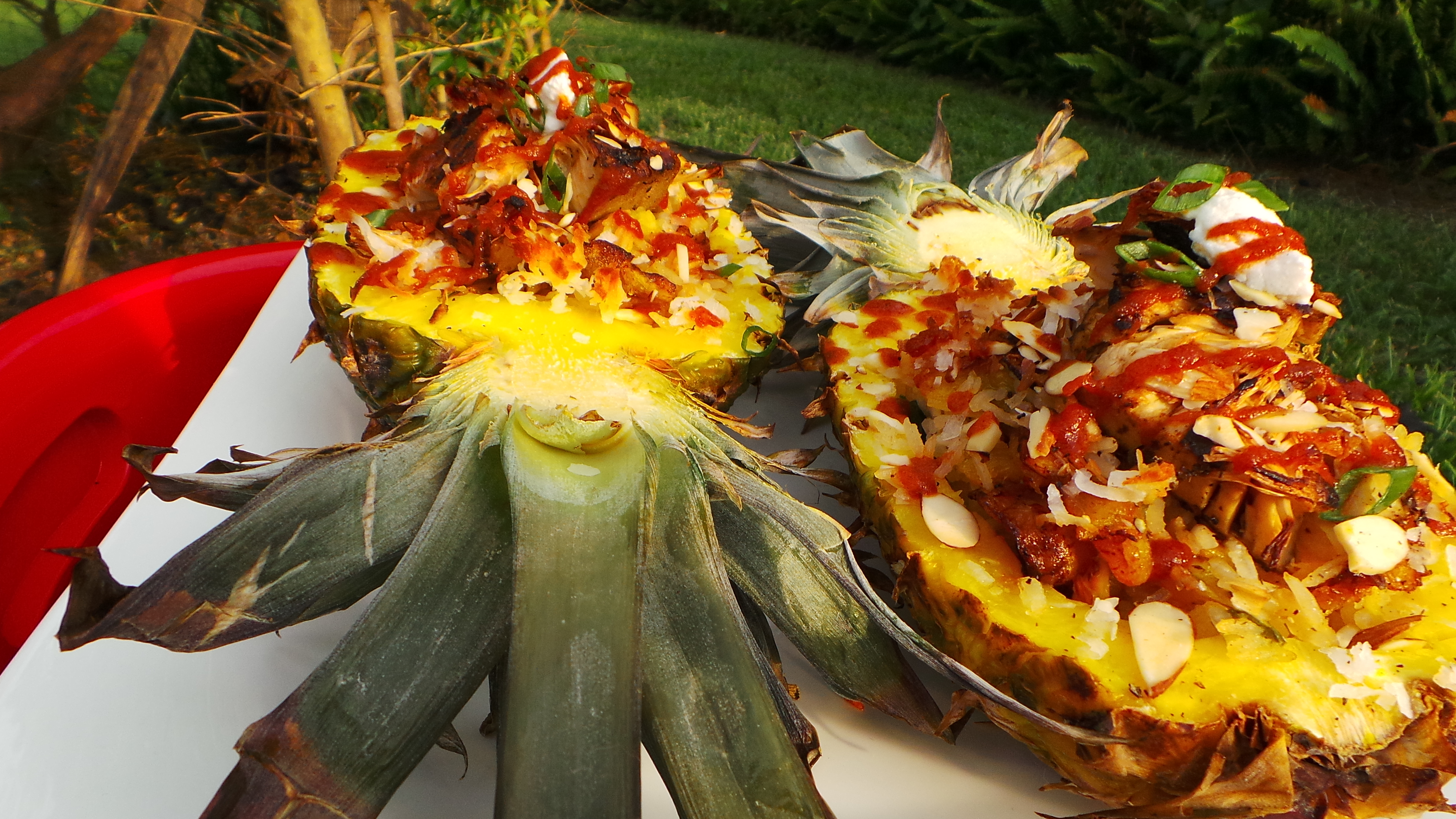 Of course, since I’m Jamaican and everything tastes better the Irie way, I finish it all in some tropical fruit. I half, then core a pineapple, stuff it with the finished pilaf mixed with toasted nuts and pineapple pieces. To that, I add lightly fried sweet, ripe plantains and grilled jerk jackfruit. (You can always substitute the jackfruit with my Grilled Jerk Portobello Mushroom. It’ll be the perfect addition.) I baked the whole thing for 20 minutes, then single-handedly transported my guests to Jamaica and the middle-East in one bite without them ever having to leave their seat. Dahling, I’m just good like that.

You know what? You are good like that, too. Give my recipe a try then drop me a note below telling me of the exotic places it took you.