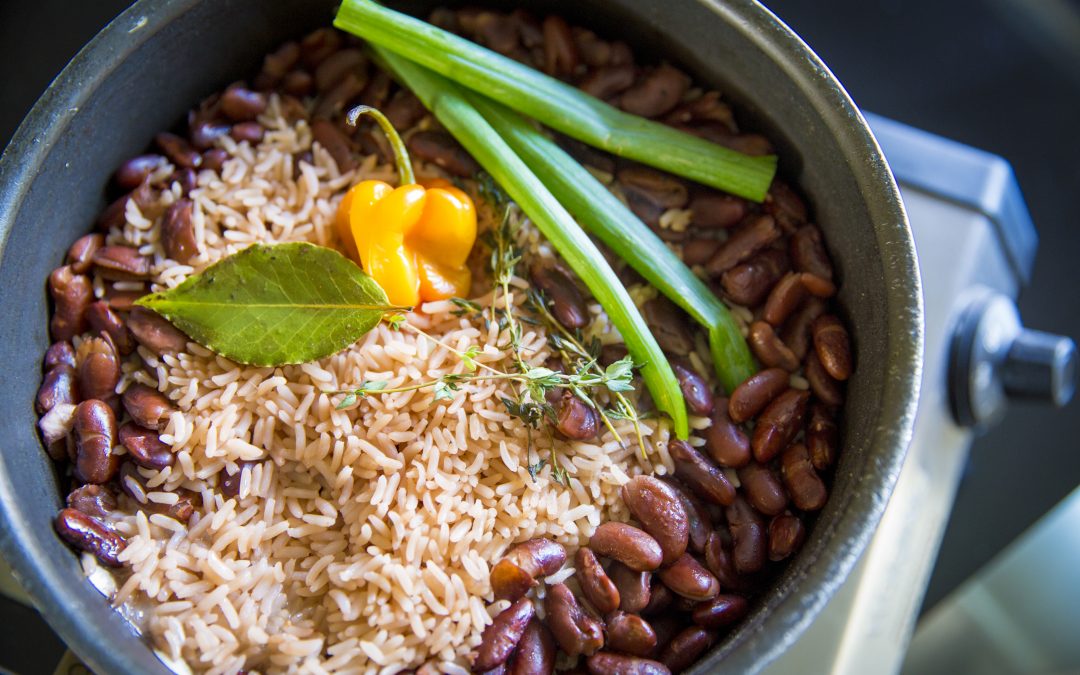 I was 17, in college in a new country. Apparently the coolest thing I had going for me was my “Jamaicanness” and believe me, I played it up. Never had I listened to Bob Marley as much as I did then.

I was trying to impress a suitor with my wicked pot of Jamaican Rice and Peas. (For those of you not in the know, when Jamaicans say “wicked” it is – contrary to what the word suggests – a very good thing.) I knew the perfect pot of Rice and Peas had coconut milk. Indeed, it is the secret ingredient. But, in true Jenn fashion, I took a good thing too far. Instead of diluting said coconut milk in water (I now know a suggested 3:1 water to coconut milk  ratio is ideal), I cooked the rice exclusively in coconut milk. I cannot begin to describe the gooey, sloppy mess I created. Things didn’t work out with that suitor, though I can’t fairly say my horrible rice and peas was solely to blame.

So, dahlings, I learned how to cook Jamaican Rice and Peas the correct way. I get to keep my Jamaican card and share the recipe with you. 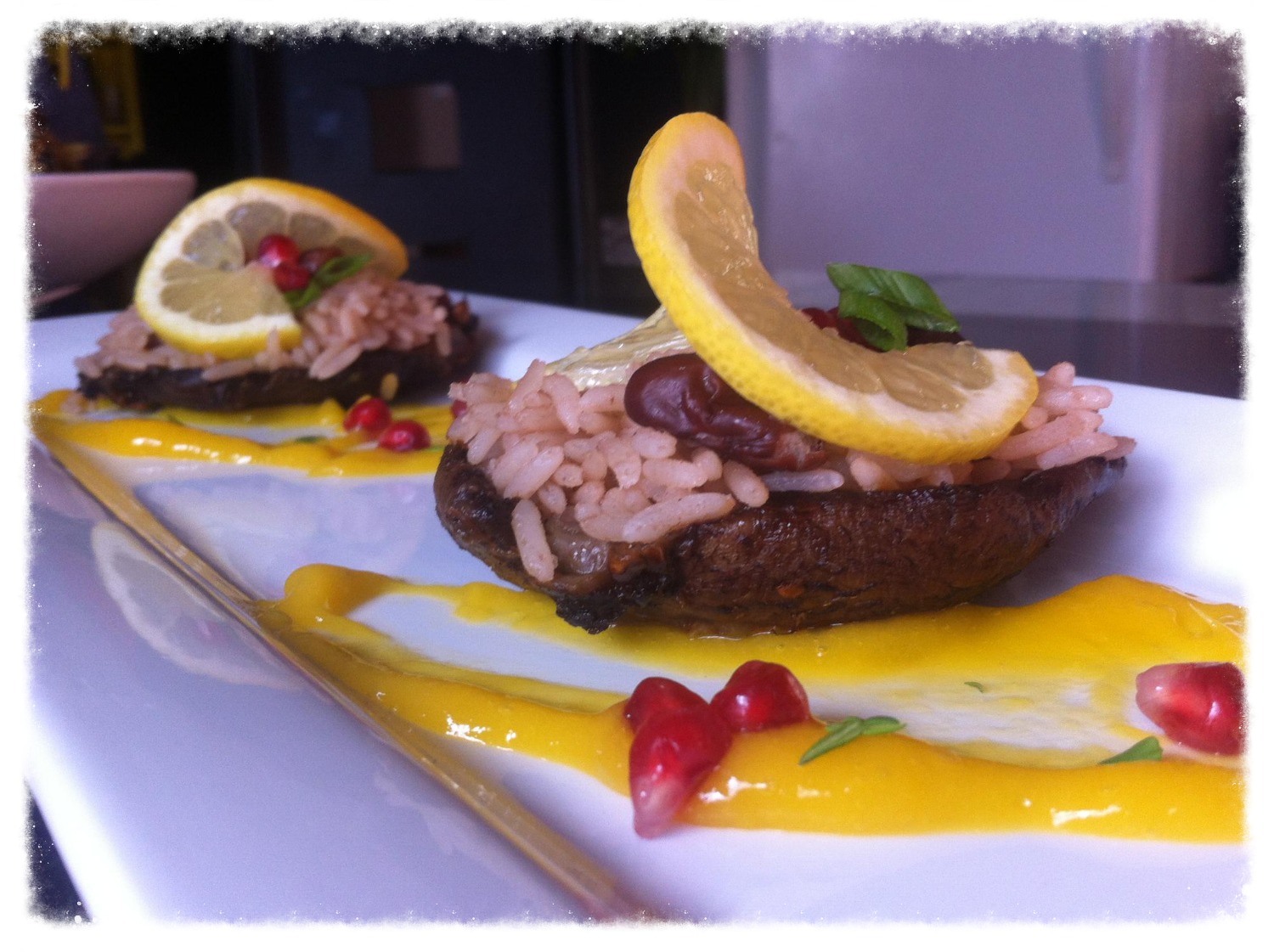 Rice and peas is the quintessential Jamaican side dish. Pick a house, any house, in Jamaica on any given Sunday and you’ll find a pot of rice and peas being prepared. Although it is often prepared in the week, the extra effort of cooking the peas usually makes it a weekend fare.

Rice and peas is a lovely dish with hints of coconut, thyme and just a bit of pepper. 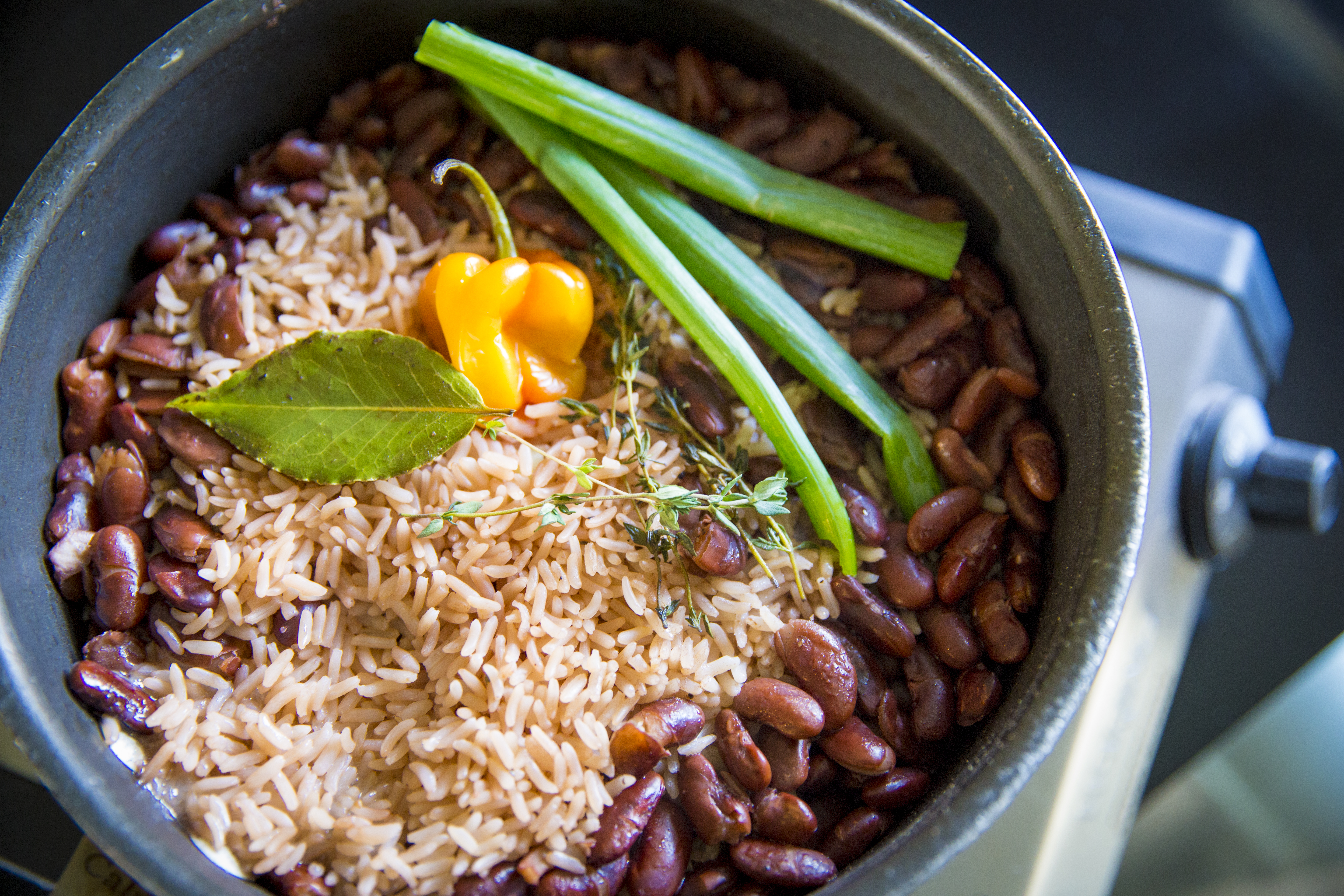 You should know that calling the dish Jamaican Rice and Peas is a bit of a misnomer. What we refer to as “peas” are in fact “beans”, red kidney beans – to be precise. There is scientifically a distinction between peas and beans. I once had a botanist explain it to me. She threw in words like “Fabaceae” and “Leguminosae” which – naturally – caused my eyes to glaze over. To date, my single take away from that discussion was peas and beans are different and the thing we cook with our rice in Jamaica is a bean. Can you just trust me on that? Yes? Good. Done and done.

The next and infinitely simpler thing to know is Jamaican Rice and Peas is prepared using the Steaming or Absorption method of cooking rice. I know at this point your eyes may have glazed over. But this is Food Science and I can help you with that. I got you. We will launch our Irie Vegan Culinary Academy on September 15. Our first course, called Rice, Rice Baby will discuss the 4 methods of cooking rice. You will be a pro after taking this class. Look out for it, dahling.

Easy peasy, right? Or Easy beany, in this case. On to the recipe.